A Clear Solution for One Vanderbilt

Sophisticated. Elegant. Iconic. These are some of the words being used to describe One Vanderbilt Avenue, the 77-story skyscraper that has redefined the Manhattan skyline. At 1,401 feet tall, it is the tallest office tower in Midtown, with a prime location just steps from another world-famous architectural icon, Grand Central Terminal. 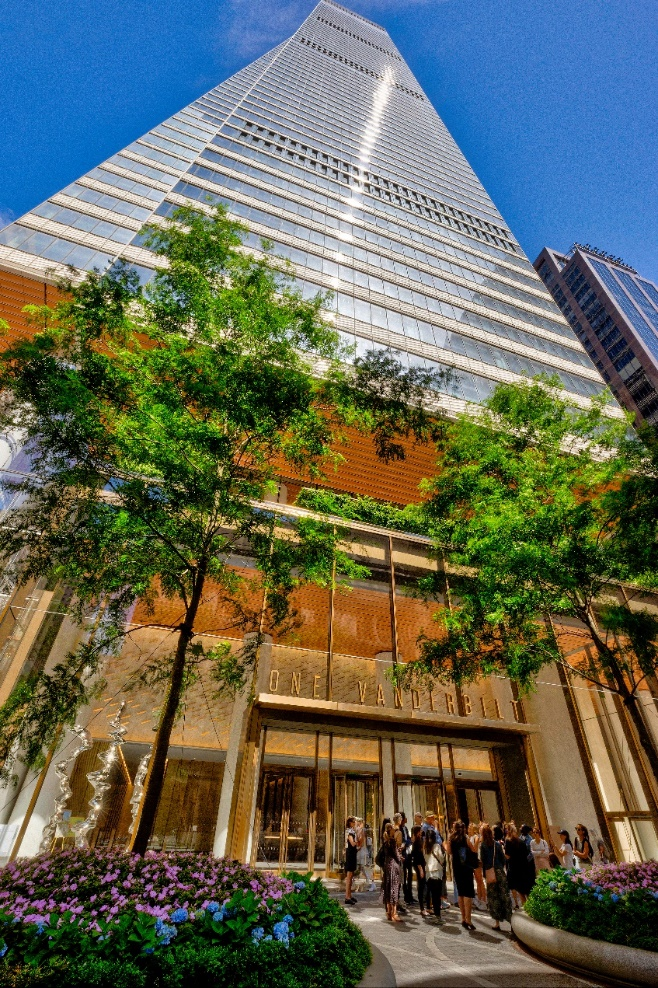 One Vanderbilt is home to some of the world’s leading finance, law and real estate firms, with TD Bank as its largest tenant. Greg Braca, President and CEO of TD bank, was quoted in a press release saying “Our desire to consolidate multiple entities into one iconic building creates a progressive client-facing campus for our colleagues, customers and community. One Vanderbilt will be home to several business units including TD Securities and TD Bank, America’s Most Convenient Bank, which will proudly showcase a TD store front on ground level for our customers who live, work and visit the Big Apple.”

To showcase what TD Bank has to offer, clear, low-iron fire rated glass was used for the storefront and entrance. Spanning floor-to-ceiling at a height of almost 16 feet, the designers wanted as much transparency as possible. To achieve this, SAFTI FIRST supplied SuperLite II-XLB 120 low-iron in GPX Architectural Series Framing for the ASTM E-119 rated, 2 hour fire resistive assembly. With the largest individual glass list just under 6,000 sq. ft., this was easily achieved by SuperLite II-XLB 120, which has the largest tested and listed sizes for 2-hour fire resistive glazing at maximum size of 7, 980 sq. in. (with a maximum height or width of 133 in.). SuperLite II-XLB 120 was supplied in a low-iron make-up to ensure maximum transparency and to match the low-iron glazing used throughout the building. 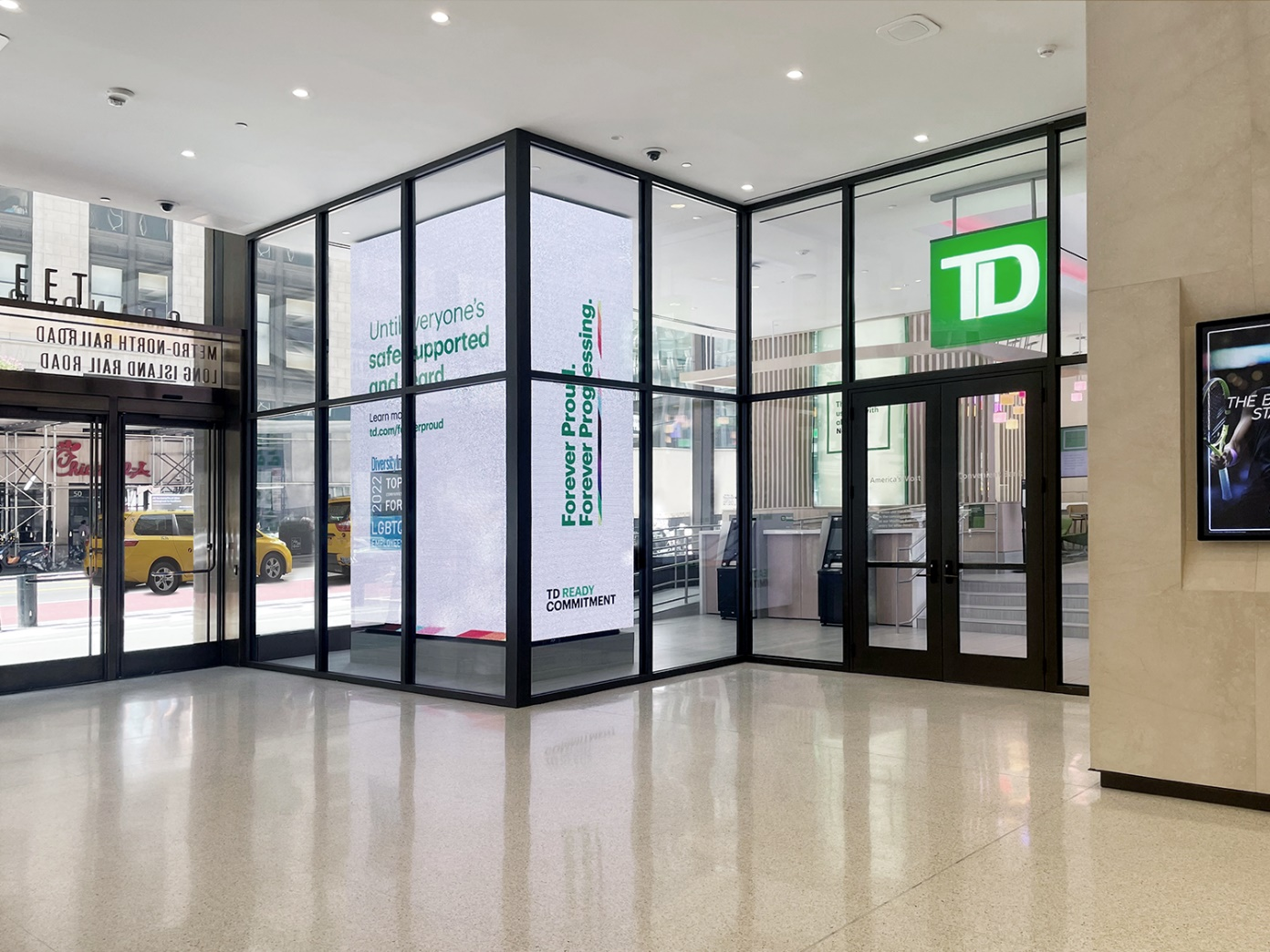 To give vision and transparency for the entrance, SAFTI FIRST supplied 9-ft. tall GPX Builders Series Temperature Rise Doors with SuperLite II-XL 90 low-iron. The doors had a narrow profile with concealed rods for to give it the clean, sleek look that designers were going for. They were also fitted with specialty hardware to provide secure access control. 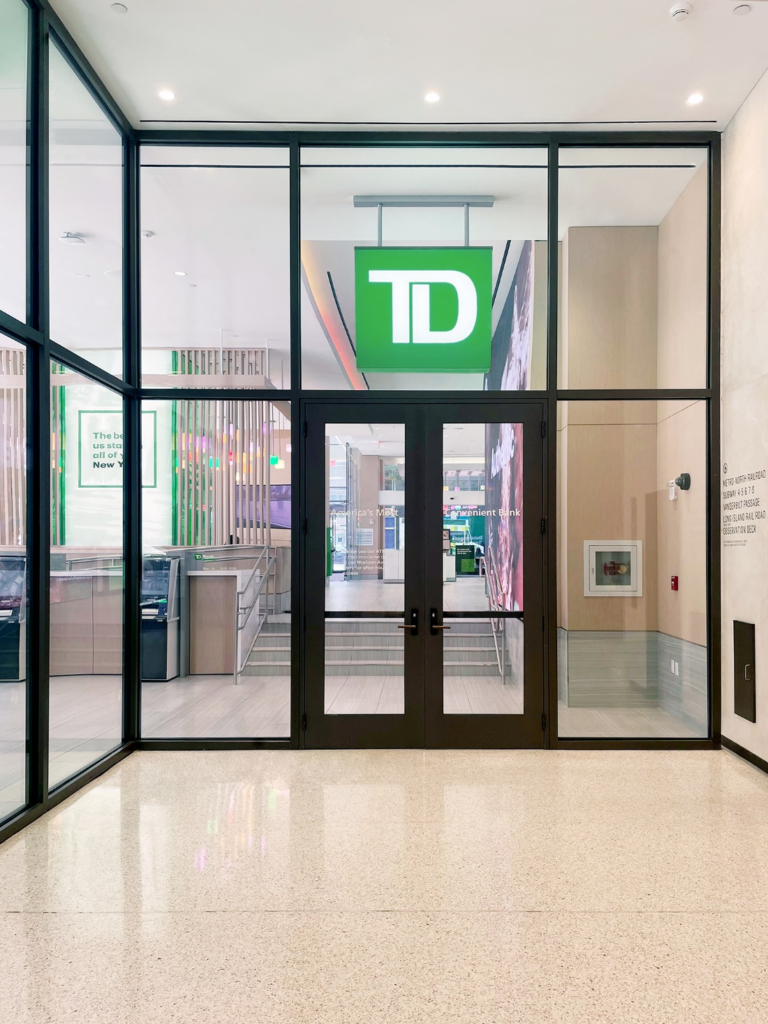 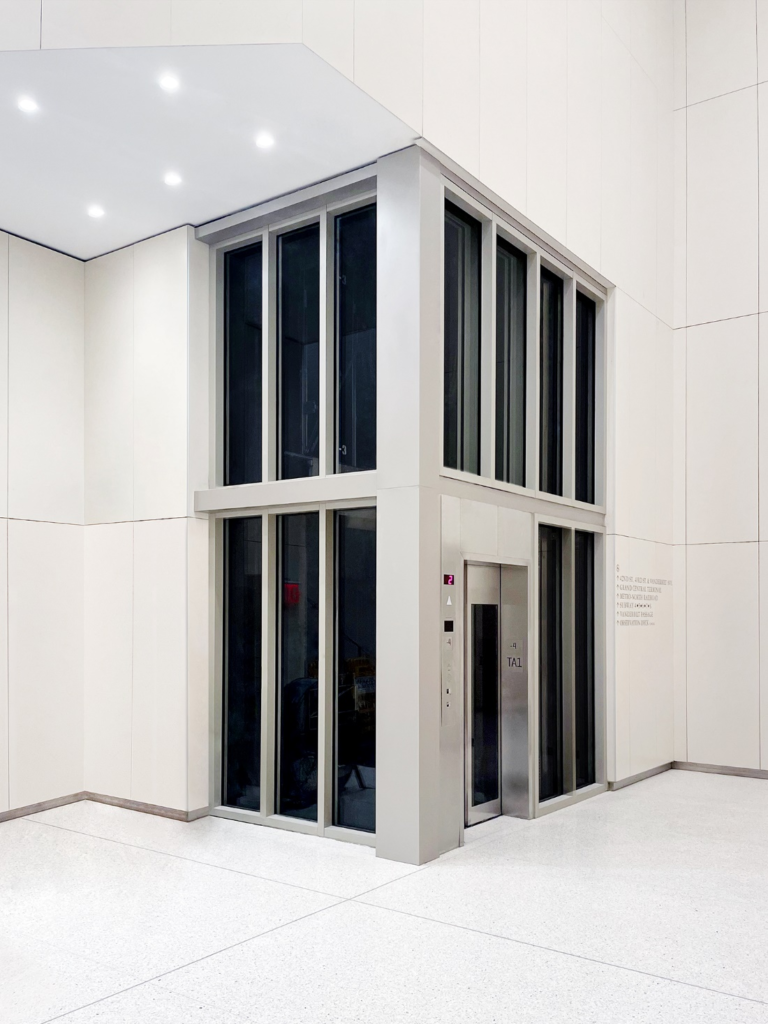 Aside from its award-winning design (the American Institute of Architects recognized One Vanderbilt and KPF with the prestigious AIANY Merit Award in Urban Design), what sets this project apart is SL Green Realty’s significant investment in the public realm. Partnering with the City of New York and the Metropolitan Transit Authority, a $220 million package for transit infrastructure was earmarked to improve circulation in and around Grand Central Terminal, which is known to be one of the busiest stations in the world. SL Green worked closely with Stantec on the transit design, which included a new street level entrance on East 42nd Street with new staircases, escalators and elevators between the mezzanine and platform levels of the 4, 5, 6 and 7 subways lines.

To improve wayfinding and to these new entrances, the architects specified full-vision, 90 minute temperature rise doors to give visitors visual access to the 4, 5, 6 and 7 subways lines. To accommodate the high visitor and commuter traffic, multiple pairs of doors are placed at these new entrances. These doors are equipped with electromagnetic hold opens during normal hours and then closed and secured through a card reader during off hours. The designers also wanted a clean look, so these doors were supplied with concealed rods and multi-point locks that were concealed in the doors. 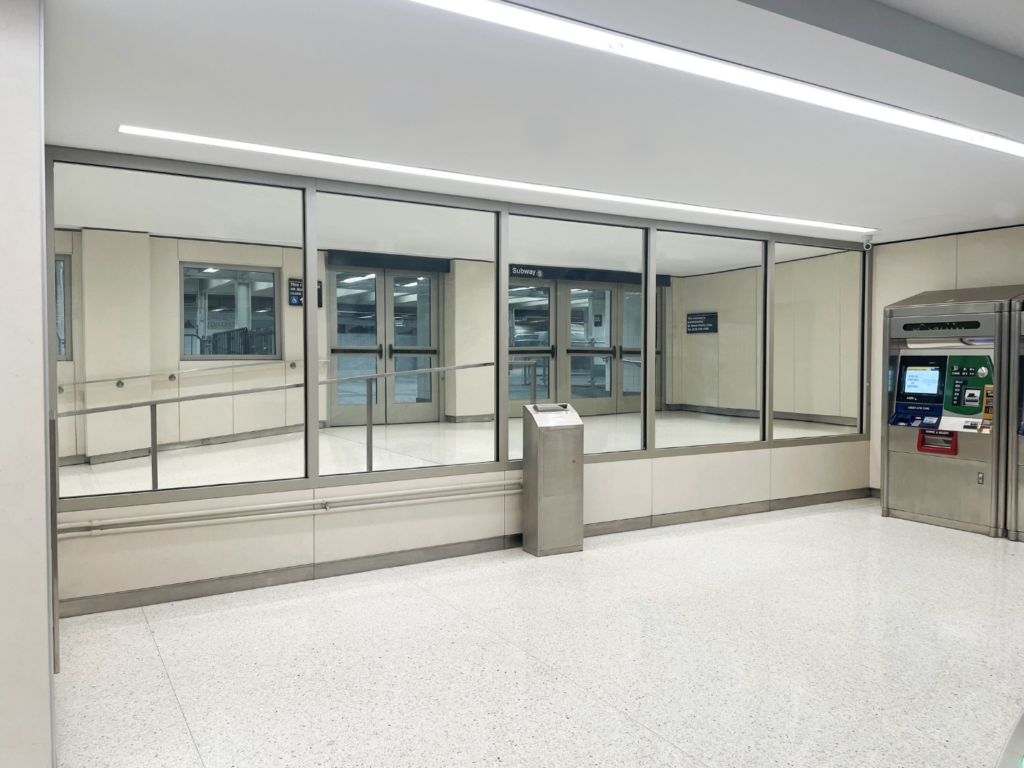 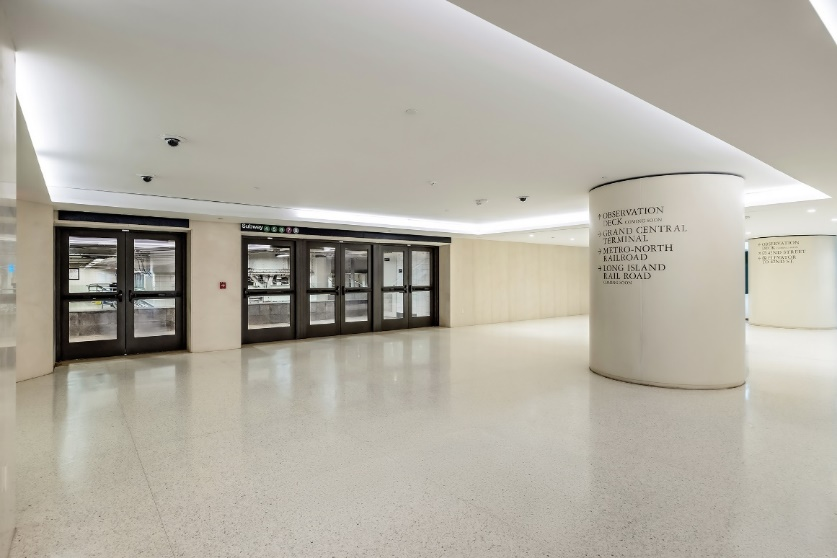 2-hour, fire resistive glass wall assemblies were also used in the cellar Level to allow visitors to see into the retail tenants occupying the space. 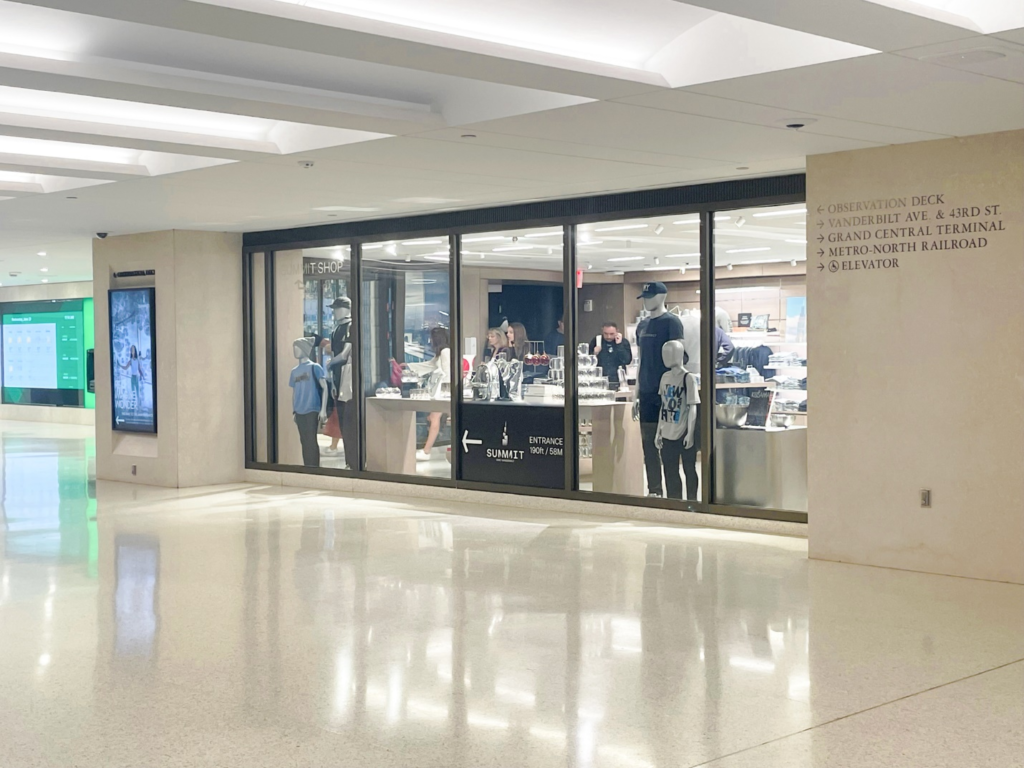 All of the fire rated glazing used for this project is proudly USA-made in SAFTI FIRST’s world-class manufacturing facilities in Merced, CA. They were expertly installed by W&W Glass LLC, one of New York City’s premiere glazing contractors.

The result is a beautiful, iconic project celebrating the best that New York City has to offer today and for years to come.